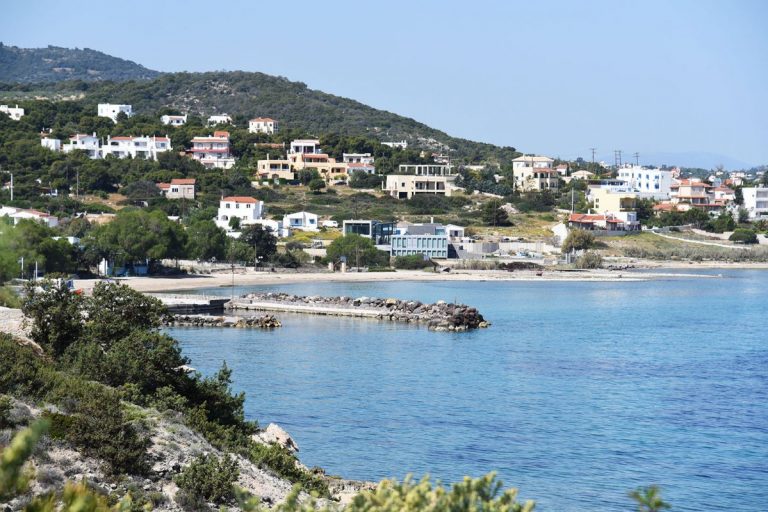 A small picturesque fishing village, located on the northernmost side of the island of Aegina, at the foot of Prophet Elias, between the ancient temple of Aphaia and the sandy beach, surrounded by pine forest.

Vagia is a wonderful destination for relaxing, peaceful holidays and ideal for family vacations. Those visitors who want various forms of nightlife and entertainment have easy and quick access to Souvala, Agia Marina or even Aegina.

In Aegina, Vagia was the main inspiration for Georges Sarris when she wrote her famous short stories “The Treasure of Vagia” and “The Narrow Shoes”.

It is ideally located for those who want to visit some of the island’s historical and archaeological sites such as the temple of Aphaia, which is nearby, and Agios Nektarios just 3km from the village.

Based on archaeological findings from excavations, it has been proven that Vagia was inhabited from the 5th millennium BC onwards.

In the picturesque little harbour of the village there is a large sandy beach to the left and a smaller one to the right. In summer the two taverns on the beach offer sunbeds and umbrellas free of charge to their customers.

You can swim at the main beach of Vagia, as well as at the stunning beach of Tourlou which is very close by.

Turlos was chosen by the Germans in World War II as the most strategic location on the island and ruins from their base are scattered around the surrounding hills.