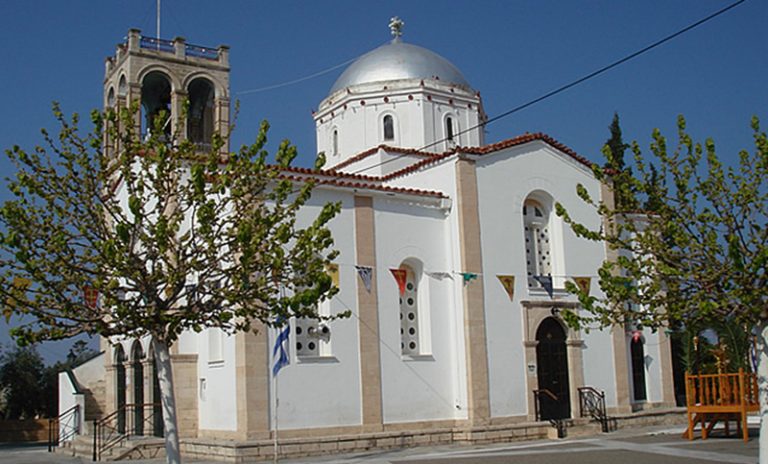 Kypseli is located on the north-northwestern side of the island and is today one of the fastest growing commercial areas of Aegina. On the central avenue of Kypseli that runs through the community, there are some of the largest and best organized businesses on the island.

Kypseli, was formerly called “Damaged” because of a half-ruined church that stood near where the present church is. This is one version. The second is related to some general disaster that may have occurred in the place. Tradition also says that Kypseli used to be called Marnas or Mezonisi (together with Moulos and Kavouropetra, they are today’s place names). In any case, its current name was given in 1949.

The church of Kypseli is built in its central square and celebrates March 25, the Annunciation. Directly opposite is the building of the Kipseli Cultural Centre.

In Kypseli, with its fertile soil, there are some of the largest estates with pistachio trees and their cultivation, together with agriculture and fishing, was for years the main occupation of its inhabitants. But even today the agricultural products from the Kypselians producers always remain fine. Kypseli used to have some of the most famous taverns on the island, but even now many people visit the taverns in the area for really good food!

Finally, we should mention that Kypseli had a great tradition in shipping and especially in sponge fishing, as it had some of the most famous divers – sponge divers of Aegina. While the women were (many still keep the tradition) known for their artistry in the Aegina kopaneli.