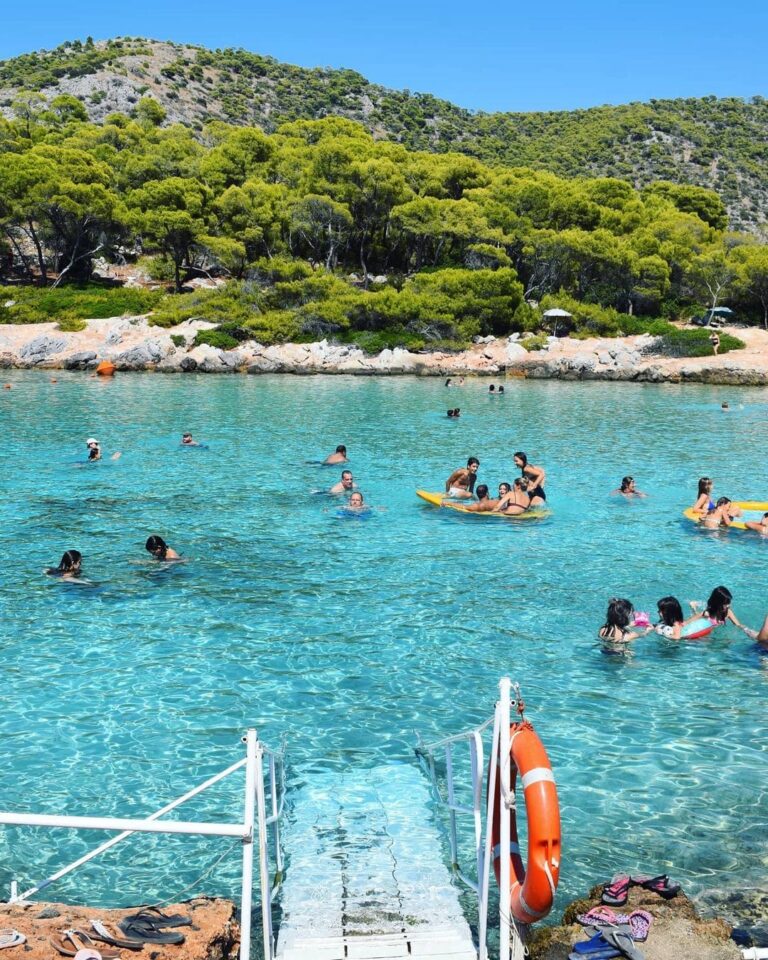 Agistri is a pine-covered tourist island in Greece with an area of 11.97 square kilometres (11.97 sq km) and an altitude of 294 metres, southwest of the port of Aegina, 3.5 km (3.5 km) away, with 1,142 inhabitants (in the 2011 census). In the summer months with the arrival of tourists, the number of inhabitants reaches 5,000[citation pending]. It belongs to the prefecture of Attica and is located in the heart of the Saronic Gulf. There are four villages on the island.

Beaches
There are many beautiful beaches on the island with the most important ones:

Skala, a sandy and shallow tourist beach on the northeastern side of the island. There is a natural harbour where the ferry boats of the ferry connection with Piraeus and Aegina dock. On the beach of Skala there are hotels, restaurants and cafes.
Megalochori beach, which is the sandy beach in the settlement of Megalochori or Milos, the country of the island in the north.
Dragonera, a pebbled virgin beach on the west side of the island which is easily accessible by road. It is surrounded by a pine forest and there is an open-air canteen on the left side.
The neighbouring beaches of Skliri and Halikiada, which are located to the west, following the narrow path from the port of Skala where the ferry from Aegina/Piraeus arrives. Skliri beach is first and then the completely isolated beach of Chalikiada. The pristine beach of Halikiada is a nudist beach, completely isolated and difficult to access.
Mareza, a rocky beach on the sea, ideal for diving, located west of the island, in the village of Limenaria.
Aponissos, a shallow beach between the private island of Aponissos and Agistri.