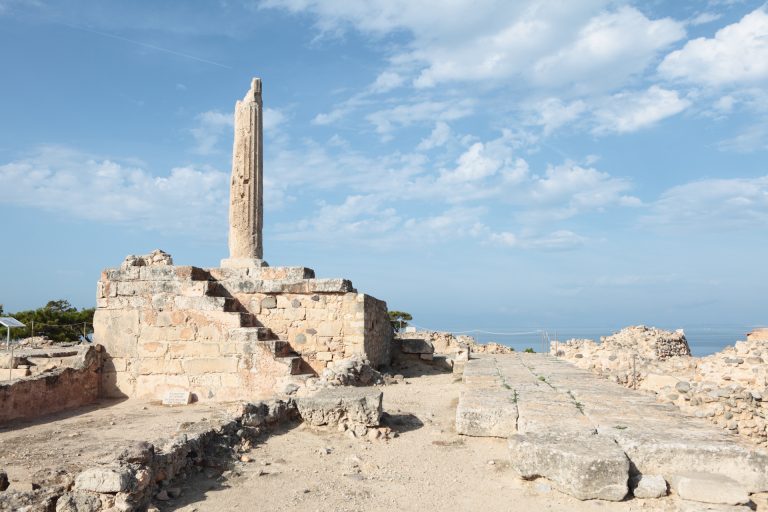 The temple of Apollo is placed to the north of Aegina town, on a small hill overlooking the port. It is one of the first sights you see when you arrive at the port. In our days, the site of the temple, as well as its surroundings is open to the public, and there is a gate from the Archaeological Museum that leads to its remains.

The temple of Apollo is also known as Kolona, meaning column, because just one column remains today from this ancient construction. It dates from the 6th century BC, even earlier than the Parthenon in Athens. Constructed in the Doric architectural style, it is believed that it had 11 columns on the sides and 6 columns on the ends.

However, today we need a lot of imagination to picture this temple in all its ancient glory. To the south of the temple, there used to be the gateway and some small rectangular buildings. An ancient cemetery was also discovered to the north of the temple; the golden jewelry found inside the graves are kept in the British Museum, London.

The whole site is placed in a nice environment, with wildflowers growing among the ruins, a small grove of trees providing some shade and the sea below. Its location also provides some good views of the harbor town.